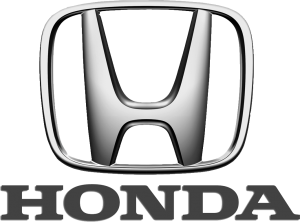 Honda was the first Japanese automobile manufacturer to release a dedicated luxury brand, Acura, in 1986. Aside from their core automobile and motorcycle businesses, Honda also manufactures garden equipment, marine engines, personal watercraft and power generators, and other products. Since 1986, Honda has been involved with artificial intelligence/robotics research and released their ASIMO robot in 2000. They have also ventured into aerospace with the establishment of GE Honda Aero Engines in 2004 and the Honda HA-420 HondaJet, which began production in 2012. Honda has three joint-ventures in China (Honda China, Dongfeng Honda, and Guangqi Honda).

As Honda entered into automobile manufacturing in the late 1960s, where Japanese manufacturers such as Toyota and Nissan had been making cars since before WWII, it appears that Honda instilled a sense of doing things a little differently than its Japanese competitors. Its mainstay products, like the Accord and Civic (with the exception of its USA-market 1993–97 Passport which was part of a vehicle exchange program with Isuzu (part of the Subaru-Isuzu joint venture)), have always employed front-wheel-drive powertrain implementation, which is currently a long held Honda tradition. Honda also installed new technologies into their products, first as optional equipment, then later standard, like anti lock brakes, speed sensitive power steering, and multi-port fuel injection in the early 1980s. This desire to be the first to try new approaches is evident with the creation of the first Japanese luxury chain Acura, and was also evident with the all aluminum, mid-engined sports car, the Honda NSX, which also introduced variable valve timing technology, Honda calls VTEC.