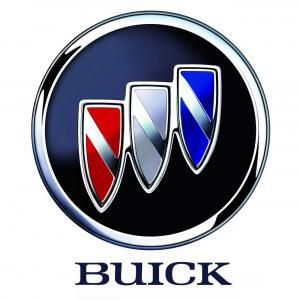 The first two Buick automobiles were made in 1899 and 1900 at the "Buick Auto-Vim and Power Company" by chief-engineer Walter Marr,[5] but David Buick was reluctant to begin making automobiles, being satisfied with stationary and marine engine production, so Marr left Buick in 1901 to found his own automobile company under his own name. His replacement was Eugene Richard, who applied for a patent in 1902 for Marr's valve-in-head engine, which patent, number 771,095, was awarded to Richard in the name of Buick in 1904.[5] In 1903, the third Buick automobile was made, this time by Richard, but in 1904 Buick, whose company was now called "Buick Motor Company," moved to Flint, Michigan, and Richard stayed behind. Marr was rehired in Flint as chief engineer, to begin making automobiles in production. That year, 37 Buick automobiles were made, production increasing to 750 in 1905, 1,400 in 1906, 4,641 in 1907, and 8,800 in 1908, taking the number one spot away from close competitors Oldsmobile, Ford, and Maxwell.[5]

David Dunbar Buick incorporated his company as the Buick Motor Company on May 19, 1903, in Detroit, Michigan. In March, 1904, the company was purchased by Benjamin Briscoe, who quickly sold it to James H. Whiting (1842–1919),[6] owner of Flint Wagon Works, in Flint, Michigan. Whiting moved Buick to Flint that summer, to a location across the street from his factory, with the idea of adding Buick's engines to his wagons.[5] David Buick stayed on as a manager, and re-hired Walter Marr as chief engineer. The engine Buick and Marr developed for this automobile was a 2-cylinder valve-in-head engine of 159 cubic inches, with each cylinder horizontal and opposed to each other by 180 degrees. Whiting built only a few automobiles in 1904, by bringing Buick engines across the street where his workers shoehorned them into his wagons, before running out of capital, causing him to bring in William C. Durant that year as controlling investor. Durant was co-owner, also in Flint, of the Durant-Dort Carriage Company, which was the largest carriage-making company in the country.[5] Durant spent the next 4 years turning Buick into the biggest-selling automobile brand in the US. David Buick sold his stock upon departure in 1906, and died in modest circumstances 25 years later. In 1907, Durant agreed to supply motors to R. S. McLaughlin in Canada, an auto maker, and in 1908 he founded General Motors.[7]